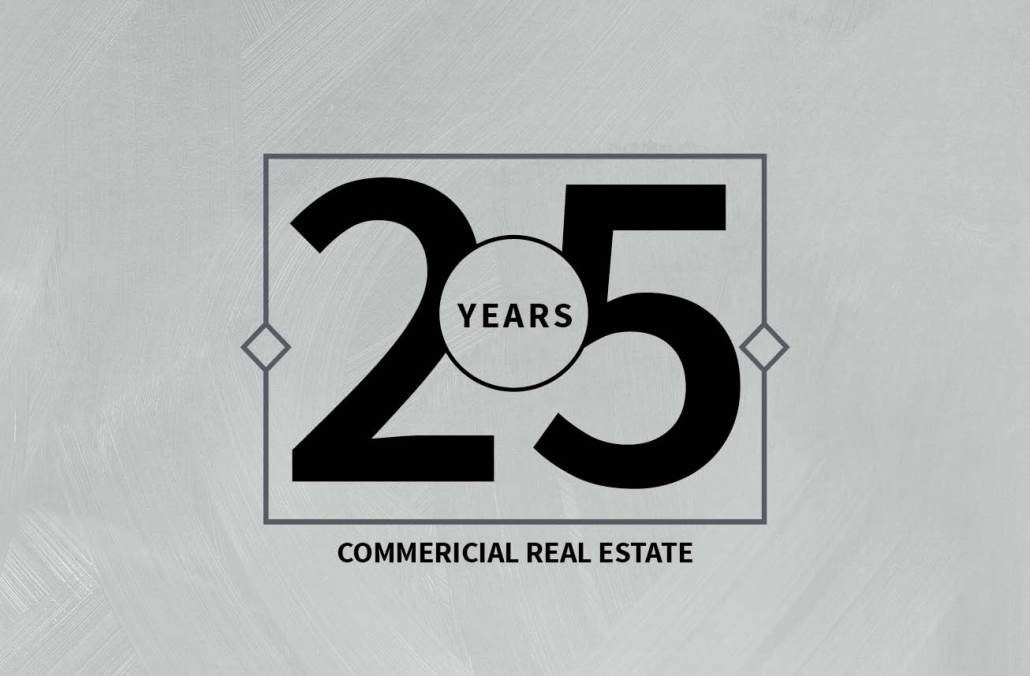 May 15th, 2019 marked my 25th anniversary in commercial real estate. I remember that day in 1994 vividly, and my heartfelt enthusiasm remains a fond memory as I walked into the West Los Angeles office of Sperry Van Ness ready to sell investment real estate. I graduated from USC the week before with a Bachelor’s of Science degree in Business Administration with an emphasis in Entrepreneurship.

I was always wanted to have my own business, be my own boss and determine my own fate.  However, I didn’t have the capital or the means to borrow money to start my own venture in addition to the surmounting student loan debt that often accompanies the “5-year plan.” I went on several, extensive on-campus interviews with many companies that offered attractive sign-on packages, including decent starting salaries, company cars, and sales training . I was drawn to the commercial real estate recruiters offering a path to success paved with the spirit of entrepreneurship.

Most startup companies strive to get between 10-20 % profit margins while commercial real estate companies offered 50% at their expense and training. It was a no-brainer! The fact that only about 10% of those who start in the business only make it to year three (where most start to make real money) didn’t scare me at all.

After all, I was different – not only was I a USC Business School graduate, I was a USC Business School Entrepreneur (I hope by now you understand I’m being tongue-in-cheek here). What I eventually learned is that the real world sometimes has a cruel way of opposing idealism with ambition!

As I recount my years in the business and celebrate both my successes and failures, I can offer four items of advice based on my experiences, to help anyone considering a career in commercial real estate:

1) Know your value proposition, your customer, and know that they will continually evolve.

The very first thing I learned in my early career was that REO was an acronym for “Real Estate Owned” and basically meant foreclosed property.  It seemed like every property on the market was an “REO” and the only agents that were successful were those that had relationships with lenders. I quickly learned that my value proposition was not to clients but to other agents that could use my computer skills; i.e Lotus 123 (before Excel), PowerPoint, and Word to help create proposals to lenders looking to sell their REO properties.  Days were spent sitting by the fax machine and waiting for response to offers and counter offers.  The use of e-mail was still years away.

In 2008 I made a transition to Colliers International. Soon afterwards I was invited to participate in an overseas training program to Australia. I was the only American invited to a five-day training program with 50 other Colliers colleagues from Southeast Asia, New Zealand and Australia. Besides solid intermediate agent training, we spent five, ten-hour days learning about valuation, marketing strategies, handling objections, sales positioning. My most important take -away was that my value proposition should not be confined to a geographic area.  The international exposure taught me that challenges and opportunities know no boundaries.

Eventually my value proposition evolved again, and I created a “unique ability” based team that can managed every element of a transaction from underwriting, positioning, marketing material creation, distribution and transaction management.

2) You cannot do it alone. Find a complimentary partner(s) and become one.

Eight months into my tenure at Sperry Van Ness all the agents were summoned to a meeting where we were told that we were no longer affiliated with Sperry Van Ness. From that moment forward we were to be known as “real estate offices.”  What that really meant was we were let go because of a conflict between the franchisee and franchisor.

That same day I walked across the street to the Grubb & Ellis office and asked to speak to the office manager. I explained my situation, and he took a chance on me.  I would spend the next thirteen years at Grubb & Ellis rising from Associate to Senior VP where I sharpened my shopping center knowledge by affiliating myself with retail leasing teams. I spent every single weekend driving trade areas and learning about all of the different grocery anchored shopping centers in Southern California.

I began helping agents with their pitches and leasing agents sell the properties they were leasing. By May of 1997 (three years after I had started my career) I sold Centerwood Plaza, my very first grocery anchored shopping center that I had sourced, proposed, listed and closed.

In 1998, I was invited to participate in a presentation to dispose of nearly one billion dollars worth of real estate from Mitsui Fudasan America. Grubb & Ellis won the assignment and the agents with most seniority sold the best properties in the portfolio. For next two and half years I sold some of the least desirable real estate for the negotiated commission rate of one percent. Nonetheless, the collaborative experience was invaluable.

3) Have a business plan and don’t be afraid to pivot.

When I began my career in commercial real estate the US economy was in a major recession and Southern California just got hit with massive aerospace layoffs. Los Angeles was still recovering from the major Northridge Earthquake and the scars from the 1992 civil disturbance had yet to heal during the long OJ Simpson trial. I did not know how to conceptualize it at the time, but I now know that my resourcefulness and ability to pivot my value proposition and business plan were key to my survival.

The shopping center industry is going through another disruption and I am now surrounded by the most experienced partners I have ever had and the best support infrastructure I have ever experienced. I will continue to carry a willingness to evolve and I look forward to growing within a strong brokerage and capital markets platform.

4) Find that ONE thing and stick to it.

During my college years in June 1991, my girlfriend took me out on my birthday to see a movie called City Slickers starring Billy Crystal. If you are unfamiliar with the movie, it is about three middle aged men from New York City that go on a two-week supervised cattle drive through the Southwest. As the three men reflect on their lives on horseback, the fear of aging and unfulfillment resonates in their discovery.  In a later scene Mitch, played by Crystal, strikes a bond with the trail boss, Curly, played by Jack Palance. Palance is a rough, leather skinned cowboy that has lived life on his terms and rules.

Mitch, says to him, “you know that’s great, your life makes sense to you.”

Curly looks at him and says, “you city folk worry about a lot of sh*t… you spend  50 weeks a year getting knots in your rope and you think you can come out here for two weeks and untie them…do you know what the secret to life is?”  As he raises his index finger, he says “One!”

“One thing. Stick to that, the rest don’t mean sh*t”, Curly responds.

I accepted my offer with Sperry Van Ness in 1994 because of their young culture and their singular focus on investment real estate sales. And, they had computers! The training was very thorough and new agents were encouraged to choose a specialty – the ONE thing. Since about 90% of the agents were working on multi-family, I decided to go with retail.  Shopping Centers were to be the one thing I would focus on.

I have often been asked during the past 25 years: when are you going to become an investor? When will you “jump the fence” and start buying shopping centers?

My simple answer is:  I really enjoy what I do. After a successful sales campaign and the property sells, I get to go to the next challenge.

I am now settling in at JLL and after spending 10 years (to the day) at Colliers International. As I look ahead to my next 25 years, I plan on doing one thing and one thing only : selling shopping centers.